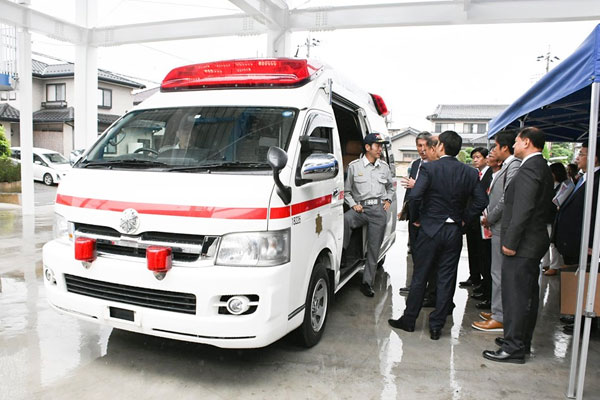 A Japanese city turned over a fully-equipped ambulance to the city government of Marikina.

The gift is an excellent addition to Marikina City's life-saving vehicles, according to Teodoro. He also voiced appreciation for their new donation to the Sakai people, stating that it will be used to serve more Marikina families.

Marikina has been the sister city of Sakai under a memorandum of agreement signed in 2017.

“In Marikina City, we ensure the immediate response to the needs of our community, especially during disasters and other emergencies. Donations such as these are always great addition to our emergency vehicles. More vehicles would mean more families served. To Sakai (City), we are very much grateful,’’ the mayor said.