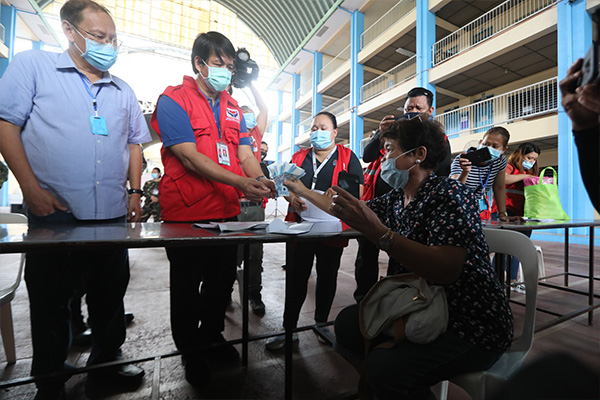 Marikina City continues to hand out aid to residents even after it met the deadline for the distribution of the cash subsidy from the national government.

According to a 24 Oras report, the city continues to distribute P1,000 and bags of rice to shoemakers despite their completion of the social amelioration payout, from which 56,235 residents benefitted.

He added that the distribution of aid went smoothly thanks to the spacious schools in the city which were temporarily converted into payout centers.

The local government also augmented its workforce of social workers and cashiers to facilitate the distribution.

Meanwhile, Teodoro said Marikina is close to flattening its curve of coronavirus infections.

The local government’s goal is to conduct random testing after the quarantine is lifted.

Marikina City has logged 128 COVID-19 cases with 39 recoveries and 20 deaths as of Monday afternoon.