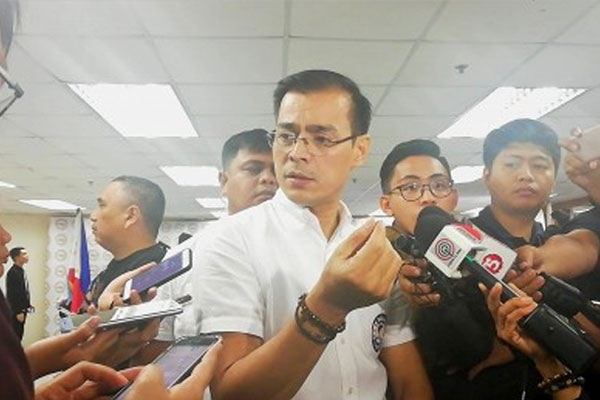 Manila Mayor Francisco “Isko Moreno” Domagoso said the cultural youth group Panday Sining should face the law following the arrest of some of its members by the police on November 30 for allegedly vandalizing the Manila's streets.

Four members of Panday Sining, including a minor, were arrested by Manila Police after they were allegedly caught vandalizing the LRT post on Recto Avenue.

Police said when they arrested the suspects, some members of the group allegedly deliberately interfered in the police operation and pushed the police officers.

Domagoso said that he already warned the members of Panday Sining not to do their ‘art protest’ or vandalism in Manila. However, they still decided to continue what they’re doing, he said.

“You were warned. Nag-abiso na ako. Nananawagan po ako na huwag ninyo nang ulitin. Inulit niyo pa rin. Sinusubukan niyo kung may batas at liderato sa Maynila, (I already warned you. I pleaded for you not to do it again. But you did. You are testing the law and leadership of Manila),” Moreno said.

Moreno said that he couldn’t do anything now so the members of Panday Sining have no choice but to face the consequences of their action.

“Kailangan niyo pong harapin ngayon ang bisa ng batas, (You need to face the force of the law),” he added.

Domagoso had earlier warned that those who will be caught writing on the walls in the nation’s capital will be made to lick and clean the walls of their writings.

“Kapag nahuli ko kayo, ipadidila ko sa inyo ito, (If I caught you, I will ask you to lick these writings),” Domagoso said.

Domagoso said that it took 15 years before the local government was finally able to clean the underpass for commuters and motorists.

“Ang ganda ganda na eh. Ang linis na. It took 15 years for that underpass to be cleaned. Nobody attended to that underpass,” he added.