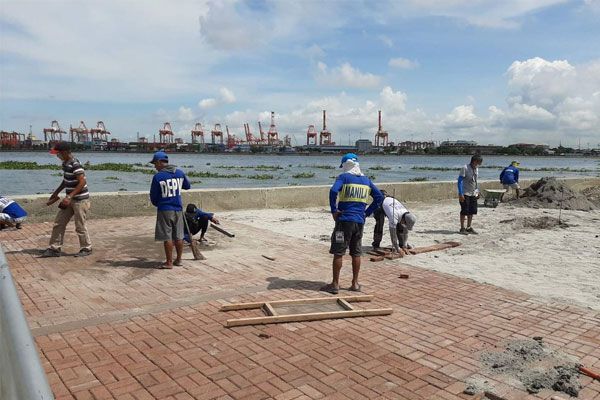 Manila Mayor Francisco “Isko Moreno” Domagoso announced the rehabilitation of Baseco Baywalk as part of its redevelopment project for Baseco Beach and the entire compound.

Domagoso recently said that Baseco Compound, with a reputation of being crime-infested and inhabited by poor communities, is “the most challenging community” in the capital city.

“Unti-unti po natin itong lilinisin at didisiplinahin ang mga taga-Baseco. Bibigyan po natin ng dignidad ang pamumuhay ng isang mahirap na komunidad (We will slowly clean this area and discipline Baseco residents. We will give dignity to those living in a poor community),” he said in a recent Facebook post.

On Monday, the Manila mayor said they have started installing lamp posts (formerly placed on España Boulevard) along the esplanade.

“Ito po ay mga dating ilaw na nakalagay sa kahabaan ng Espana. Ayoko pong sayangin ang pera niyong pinambili dito, may value pa naman po, sayang kung itatapon lang (These are old lamp posts installed along España. I did not want to waste your money that was used to buy all these, they still have value, it would be a waste if we just throw them away),” he said in a Facebook post.

Earlier, the Baseco Beach Warriors of the Department of Public Services said they have hauled around 163 metric tons of garbage from Baseco Beach since January 2020.