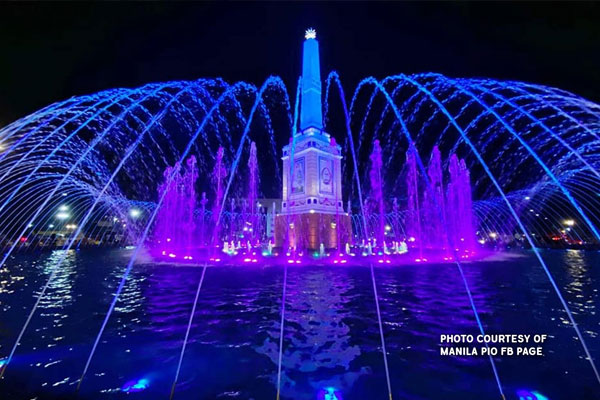 Manila has unveiled the redeveloped Anda Circle in Port Area, showcasing a multicolored and multi-patterned dancing fountain seen as another attraction in the city, according to a report by Philippine News Agency.

Manila Mayor Francisco ‘Isko Moreno’ Domagoso led the inauguration on Wednesday evening, which was attended by representatives from the private and public sectors who contributed to its development.

Domagoso said the local government continuously collaborates with the Department of Tourism in reviving and protecting whatever is left with regards to heritage and tourism spots in the nations’ capital.

“It is our continuing effort to work hand-in-hand with the national government with regard to the plan of Sec. Berna Romulo to create a tourism rail, heritage trail in the City of Manila coming from Luneta National Park to National Museum to City Hall to Post Office, Bonifacio Shrine then Jones Bridge then Intramuros then they can end up here in Anda Circle or the other way around,” Domagoso said.

He added that in case tourists get hungry from touring the place, they can just cross the river where Chinatown is located and where restaurants abound.

Domagoso expressed his gratitude to the Asian Terminal, Inc. (ATI) which contributed much to the redevelopment of the Anda Circle.

William Khoury, executive vice president of ATI, said the company is one with Manila in its vision of a new and better city and in promoting culture and history.

During the launch, Domagoso told the public anew that they should not live in fear of Covid-19 most especially that life is hard nowadays.

Domagoso said the city government will continue to strengthen its healthcare system and help protect the well-being of its residents as business and livelihood reboot.

As Domagoso dedicates Anda Circle to Manila residents, he also asked everyone to help keep preserve the city’s culture and heritage by taking care of the sites.

The newly restored and enhanced Anda Circle was originally built in 1871 in honor of Simon de Anda, the 41st Spanish Governor General to the Philippines.

The project adds to the growing list of redeveloped historical sites and landmarks in the city of Manila.