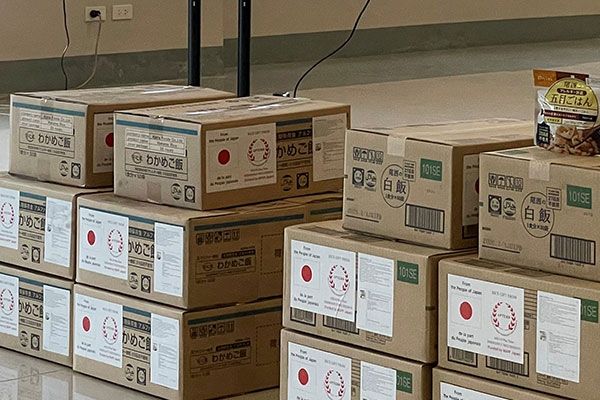 The Japanese government has donated two metric tons of pre-cooked rice to the Philippines as part of its pandemic aid to the country, the Japanese Embassy in Manila said in a report by Philippine News Agency.

In a statement, the Embassy said the donation was turned over in a ceremony led by Economic Minister Nakata Masahiro and National Food Authority (NFA) Administrator Judy Carol Dansal in Quezon City last October 8.

The Embassy said the goods will be distributed to the families affected by coronavirus disease 2019 (Covid-19) in Quezon City, Manila, and select municipalities of Bulacan and Cavite.

Data from the Department of Health showed that these cities and provinces are among the areas in the country that have a high number of active cases.

Out of the more than 20,000 active cases in the National Capital Region, at least 7,226 are undergoing treatment in Quezon City and Manila. The active cases in Bulacan and Cavite, meanwhile, are at 3,398 and 3,576, respectively.

Japan's Ministry of Agriculture, Forestry, and Fisheries (MAFF) procured the pre-cooked rice under the framework of the Association of Southeast Asian Nations (Asean) Plus Three Emergency Rice Reserve (APTERR).

The regional cooperation aims to strengthen food security, alleviate poverty, and eradicate malnourishment among the ASEAN member states and the Plus Three countries, namely Japan, China, and South Korea.

Prior to the turnover, the NFA and MAFF signed the modification of the cooperation document to extend the implementation of APTERR Tier 1 Program.