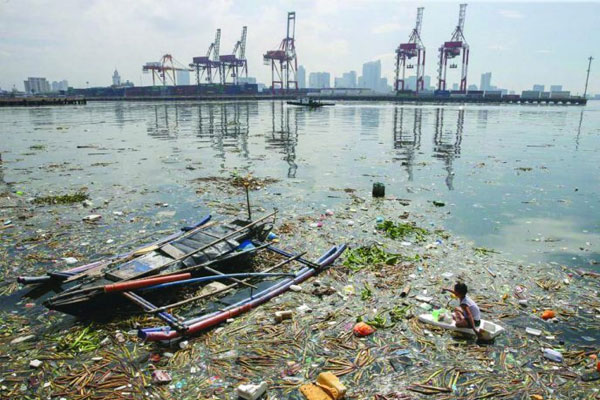 Manila Mayor Isko Moreno has ordered the immediate cleanup of Vitas Slaughterhouse in Tondo and the removal of tons of garbage from the site to reduce the pollution and wastewater that end up in Manila Bay.

Moreno described the sorry state of the slaughterhouse as “terrible” and in a state of despair.  The garbage dump, measuring several meters high, is located beside the stockyard.

"The people in the neighborhood at the back of the slaughterhouse had to deal with the foul and nauseating stench everyday.  It is unfair for them.  They are already poor and now they live near pigs," Moreno said.

The removal of Vitas garbage is a part of the city government's cleanup drive and campaign to rehabilitate the slaughterhouse. The mayor personally visited the site twice and ordered the transfer of the pile of garbage that accumulated over three years. He said it would take about 20 truck trips to remove the garbage.

Moreno said without proper sanitation in the area where beef cattle and pigs are butchered, meat products may be contaminated.  He said the stagnant water could also be a breeding ground for dengue carrying mosquitoes.

Before this, Moreno said he received a report from the Department of Environment and Natural Resources (DENR) that the wastes from Vitas found their way to Isla de Balut River and subsequently to Manila Bay.

Moreno ordered local officials to immediately clean the area  where a new and modern slaughterhouse will be constructed.

"When I was young, it was one of the best slaughterhouse[s] in Asia. Now, it smells worse than Smokey Mountain,” said Moreno.

Moreno bared a plan to modernize and improve the quality of Vitas Slaughterhouse. The plan involves the construction of a two-story facility including a poultry dressing area, animal welfare clinic, and holding facility for animals.

Moreno said the target is to hold the groundbreaking ceremony for the new structure within two months.  He said there is also a plan to build a sewage treatment plant in the area.