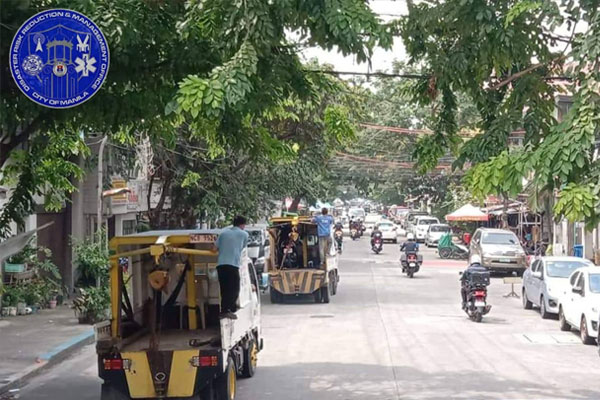 The city government of Manila announced that it will enforce the “No Parking, No Vending” policy in various roads, boulevards, and streets in the city, according to a report by Manila Bulletin.

Manila Mayor Honey Lacuna signed Executive Order (EO) No. 15, series of 2022 on July 25, which was released by the Public Information Office (PIO) on Wed. Aug. 3.

It states that street vendors are no longer allowed to put up stalls and sell along the designated areas in the policy.

Parking vehicles in those zones is also not allowed. Some roads allow for one lane parking only.

The policy serves to help “ease foot and vehicle traffic” in the city and “provide safe pedestrian passage” to citizens.

It aims to strengthen the clearing operations being conducted by the Manila Disaster Risk Reduction and Management Office (DRRMO), Manila Traffic and Parking Bureau (MTPB), the Special Mayor’s Reaction Team (SMART), the city engineering department, and the Manila Department of Public Services (DPS).

The EO was based on the findings of the Task Force Against Road Obstructions (TFARO). They conducted a study that identified priority roads, boulevards, streets, and alleys for clearing.

The roads declared as no-vendor, no-parking zones are:

One lane parking is allowed, but strictly no vending will be implemented in the following roads:

According to the policy, “the Mabuhay lanes declared by the Metropolitan Manila Development Authority (MMDA) shall maintain their status as such subject to its regulations.”