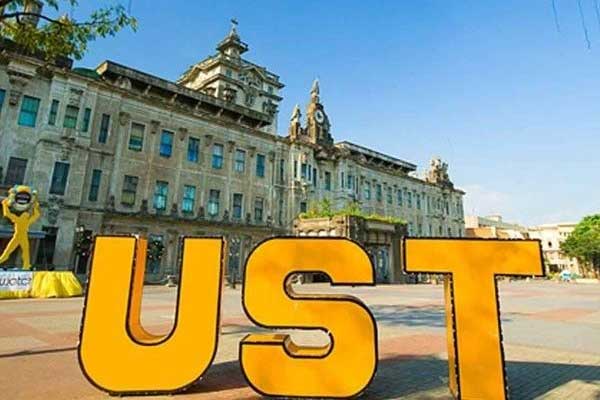 The four-Sunday bar examinations at the University of Sto. Tomas (UST) in Manila concluded on November 24 with "salubong" celebration.

“Mabuhay mabuhay baristang Cagayano,” chanted the law students from the University of Cagayan who flew all the way to Manila to give their support for their prospective lawyers.

This, as a long stretch of España Boulevard  fronting UST was one again filled with the festive atmosphere as law students from various law schools from Luzon, Visayas, and Mindanao gathered for the annual “salubong” or the last day of the so-called “bar ops” among law fraternities and study groups.

During these “bar ops”, juniors members of fraternities and sororities serve their upperclassmen who would be taking the bar by providing for their meals, “care packs”, and other forms of assistance until the bar exams end.

From colorful balloons, flags that stands for the pride of their schools, and even bouquets of flowers, the supposed rest day for some became a day of celebration for law schools united altogether with one common goal—provide comfort and warmth for those who took the bar.

And for some mothers from Digos City, Davao del Sur and Cagayan de Oro, the anguish isn’t over. They said they will not stop praying for their daughters until they finally attach the title of “Attorney” to their names.

“The exam is fair,” said Mario Titong, 47, a native of Masbate City, after the exams. Despite being a certified civil engineer since 1998, he said until now, he was still pursuing to become a litigation lawyer to achieve his childhood dream.

The Manila police earlier said there was no untoward indecent recorded during the conduct of this year’s “NovemBar.”