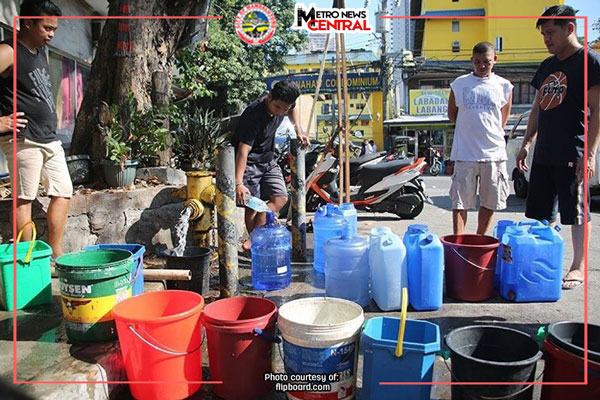 Mandaluyong to declare state of calamity due to water woes

Mandaluyong to declare state of calamity due to water woes

The Mandaluyong City government is set to declare a state of calamity to address the ongoing water crisis in the city, a local official said on Thursday.

The declaration will allow the city government to access their emergency funds and purchase the equipment or materials needed to address the calamity.

Recently, Manila Water, which supplies the East Zone of Metro Manila, said that 17 of the 27 barangays in Mandaluyong were affected by the hours-long water interruption.

Mandaluyong City Mayor Carmelita “Menchie” Abalos ordered the use of deep wells as a temporary source of water to communities affected by the shortage.