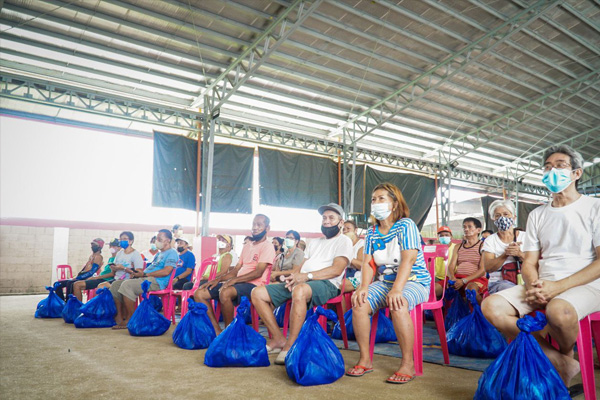 The Malabon City government distributed 3,800 food packs to the families who were affected by the flood caused by the damaged navigational and flood gates in Barangays Tanza and Hulong Duhat last month, according to a report by Manila Bulletin.

The food packs were given to the families in Barangay Hulong Duhat by the Department of Social Welfare and Development (DSWD), city departments, and barangay officials. The packs contain rice, canned goods, and coffee.

Mayor Jeannie Sandoval, who led the distribution, told the families that the city hall is always open if they need any help.

She also said that she already had a meeting with the Metropolitan Manila Development Authority (MMDA) and the Department of Public Works and Highways (DPWH) on what they can do to fix the issue on the gates.

The local government said that the flood which affected the barangay for more than two weeks, already subsided last June 30, after the navigational gate in Tanza was repaired.

It added that the City Engineering Office has been tasked to monitor the progress of the finishing repair works being contracted by the MMDA on the navigational and flood gates.