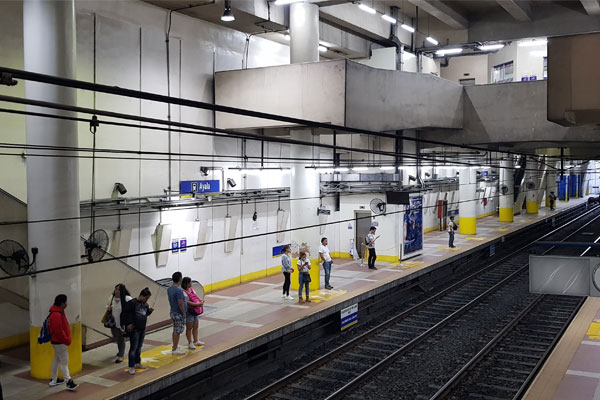 Metro Rail Transit (MRT) Line 3 ran partial operations from North Ave. to Shaw Boulevard in the afternoon of October 15, after an individual reportedly fell to the rail track in Makati City.

MRT 3 suspended its operations from Boni Ave. in Mandaluyong City to Taft Ave. in Pasay City.

“At 12:16 p.m. [Tuesday], a street vagrant jumped over and fell at the interstation of tracks of Buendia and Ayala,” the Department of Transportation said in a twitter message.  The male victim reportedly died from the incident.

“The matter is now being addressed by concerned MRT-3 personnel, medical personnel, and police authorities. Train movement is being regulated,” it said.

The incident happened as MRT 3 prepares for the initial deployment of a Dalian train from 8:30 p.m. to 10:30 p.m. on Tuesday.

Prior to this, the line's maintenance provider, Sumitomo Corp.-Mitsubishi Heavy-Industries-TES Philippines agreed to the limited deployment of the first Dalian train which consists of three coaches made in China.

MRT 3 served 310,022 passengers on October 14. About 15 trains are operating at peak hours. The 16.9-kilometer line serves 13 stations from Quezon City to Pasay City.