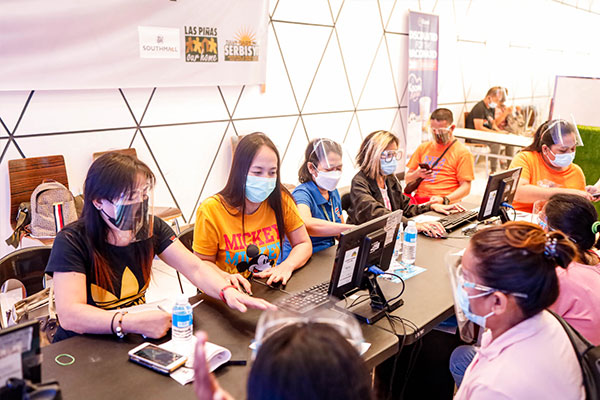 The Las Piñas City government will distribute cash aid amounting to P1,000 per individual to P4,000 per family to only 500 beneficiaries per day in each distribution center in the city, according to a report by Manila Bulletin.

According to Paul San Miguel, Public Information Office (PIO) chief, Mayor Imelda Aguilar wants only 500 beneficiaries to be served in each barangay to avoid overcrowding.

San Miguel said barangays will be posting the names of the 500 beneficiaries and their schedule to receive their “ayuda.”

He said each barangay will start the distribution at 8 a.m. and finish it before 8 p.m.

San Miguel said an additional five barangays will also start distributing the financial assistance on Thursday, August 12. The deadline for the distribution of the cash aid is on August 25.

Aguilar said the city government received P488 million from the national government for distribution to about 122,004 qualified beneficiaries.

In the previous Enhanced Community Quarantine (ECQ) in April, the city government received a total of P501 million and was able to serve 124,435 beneficiaries.

Aguilar said the distribution of financial aid in the city was smooth and orderly because the beneficiaries observed the standard health protocols.