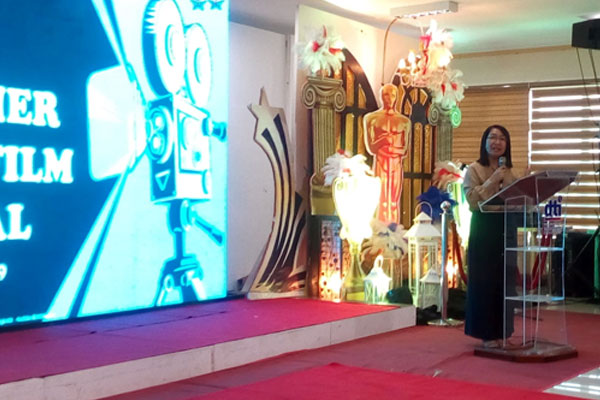 The Department of Trade and Industry (DTI) has announced Caloocan High School’s “Project Proposal” and Las Piñas City National Senior High School – CAA Campus’ “Barya”, as the 2019 Short Film Competition winners in the National Capital Region (NCR). Both schools now move up to the final round to compete with the rest of the regional winners.

“The DTI recognizes that the youth plays a pivotal role in strengthening consumer welfare and protection. Their impressive film entries that highlighted pressing issues such as sustainable consumption, digital commerce, and consumer protection for the vulnerable groups, prove how much we have advanced in instilling consumerism to the youth of today,” said DTI-Consumer Protection Group (CPG) Undersecretary Atty. Ruth B. Castelo.

This is the first ever Short Film Competition of the DTI which was launched as part of the major activities for the Consumer Welfare Month (CWM) celebration. It aims to raise awareness on modern consumer issues through films that can invoke the government, business, consumers, and other relevant stakeholders to take collective action against threats to the rights and welfare of consumers. For this year, the DTI has chosen to highlight three major issues—Sustainable Consumption, Digital Commerce, and Consumer Protection for the Vulnerable Groups.

The competition was open to all senior high school students nationwide, both public and private schools. There are several levels of competition— the school division level, the regional level, and the national level. The filmmakers were allowed to use any creative genre or style such as narrative, documentary, comedy, drama, animation, music videos but it must depict any of the highlighted consumer issues in the film’s entirety.

The live voting is open to the public and will be held on 19 and 22 October 2019 at the Cinematheque Center Manila. The screening times for the live voting are as follows:

“We are thankful to all the schools that participated in the first ever DTI Short Film Competition, and to the Department of Education (DepEd) for their assistance throughout the promotion, selection, and judging process. The DTI is looking forward to next year’s staging of the competition having recognized this as an effective platform in igniting and spreading the value of consumerism,” said DTI-Consumer Protection and Advocacy Bureau (CPAB) Director Domingo R. Tolentino, Jr.

The overall winner of the competition will receive P100,000.00 while those selected as best film in each of the three highlight consumer issues will be awarded with P50,000.00. The awarding ceremony will be held on 24 October 2019 at the PICC.