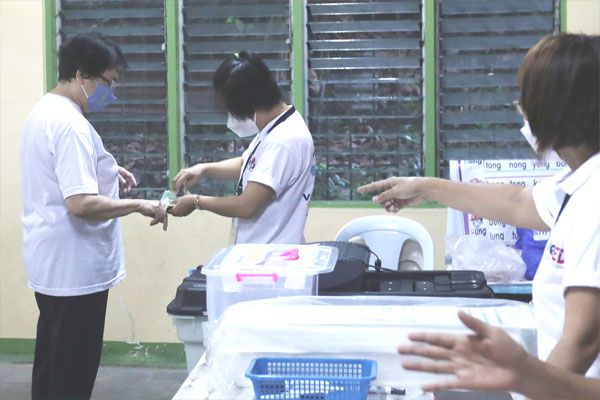 The Commission on Election (Comelec) en banc on Thursday committed to providing additional honoraria to all members of electoral board who served during May 9 elections more than the required hours they were asked to work for, according to a report by Philippine News Agency.

“Sa ating mga electoral boards huwag po kayong mag-aalala ipoproseso po ito ng Comelec gaya rin ng ginawa natin noong 2019 (to our electoral boards, don't worry because the Comelec will be processing this just like what we did in 2019),” he added.

The Comelec is yet to provide the exact amount of additional honoraria to EBs, including teaching and non-teaching personnel from the Department of Education.

The latest Comelec resolution stated that the chairpersons and members of the EB, the Department of Education supervisor official (DESO), and their respective support staff shall be entitled to a travel allowance amounting to PHP2,000 each. While DESO and DESO staff will also receive communication allowance of PHP1,500 each.

Further, PHP500 anti-Covid-19 allowance will be given to EB, DESO, and their respective support staff, medical personnel, and EAPP support staff.

These are on top of honoraria worth PHP7,000 honoraria for EB chairperson, PHP6,000 for EB members, PHP5,000 for DESO, and PHP3,000 for support staff and medical personnel.

Comelec earlier said the allowance and the honoraria "shall be paid within 15 days from the date of elections." Malacañang on Friday advised overseas Filipino workers (OFWs) who are seeking repatriation from Sri Lanka to get in touch with either the Philippine embassy in Dhaka or the Honorary Consulate in Colombo, according to a report by Philippin...