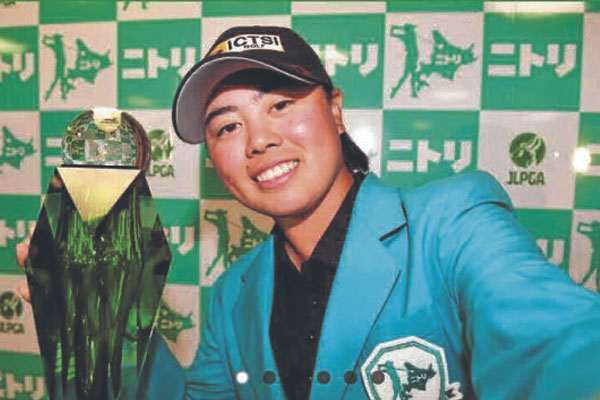 Yuka Saso came threateningly close to producing a stirring comeback but fumbled at the finish, settling for a 68 for joint 12th in the storm-hit Stanley Ladies Golf Tournament won by Mone Inami via playoff in Shizuoka Prefecture in Japan yesterday.

The money race leader came out of a rest day following the cancellation of the second round due to stormy weather with a bogey to fall five shots off the pace but pulled to within one after 14 holes with a cluster of birdies and an eagle, re-igniting hopes for another win after sweeping the NEC Karuizawa and Nitori Ladies titles last August.

But she lost her touch and momentum when it mattered most, bogeying Nos. 16 and 18 to drop out of contention.

She wound up with a 143 for a share of 12th with six others, including last year’s winner Au-Reum Hwang, who shot a 70, four strokes behind Inami, who birdied the par-5 18th twice, the first to close out a with a bogey-free 67 and the other to edge Korean Seonwoon Bae, who also fired a 67, and Saki Asai, who turned in a 68, on the first playoff hole for the crown worth Y13.5 million.

The three finished with 139s.

The Fil-Japanese, however, remained at second in the Player of the Year derby with 769.35 points, next to Koiwai with 831.86 points.

Four off a slew of leaders after 18 holes, Saso reeled farther back with a bogey on the first hole. But after two solid shots for an eagle on the par-5 third hole, the Fil-Japanese got back into the groove, birdying the next then adding more birdies on Nos. 7, 10, 13 and 14 to threaten within one off Saki Asai.

But she uncharacteristically wavered at the finish, extending her struggle after that two-title romp that included a tied for 29th finish at Golf5 Ladies, a share of 13th in the JLPGA Championship Minolta Cup, the first major, a joint eighth finish in the Descente Tokai Classic and a tied for 14th effort in the second major, the Japan Open, two weeks ago.